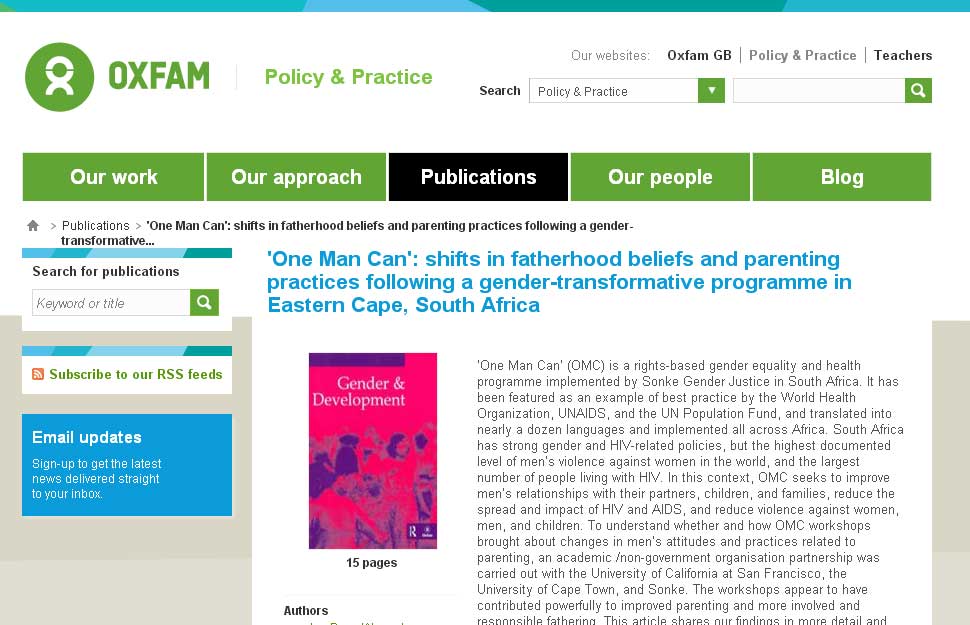 ‘One Man Can’ (OMC) is a rights-based gender equality and health programme implemented by Sonke Gender Justice in South Africa. It has been featured as an example of best practice by the World Health Organization, UNAIDS, and the UN Population Fund, and translated into nearly a dozen languages and implemented all across Africa. South Africa has strong gender and HIV-related policies, but the highest documented level of men’s violence against women in the world, and the largest number of people living with HIV. In this context, OMC seeks to improve men’s relationships with their partners, children, and families, reduce the spread and impact of HIV and AIDS, and reduce violence against women, men, and children.

To understand whether and how OMC workshops brought about changes in men’s attitudes and practices related to parenting, an academic /non-government organisation partnership was carried out with the University of California at San Francisco, the University of Cape Town, and Sonke. The workshops appear to have contributed powerfully to improved parenting and more involved and responsible fathering. This article shares our findings in more detail and discusses the promises and challenges of gender-transformative work with men, underscoring the implications of this work for the health and well-being of women, children, and men.